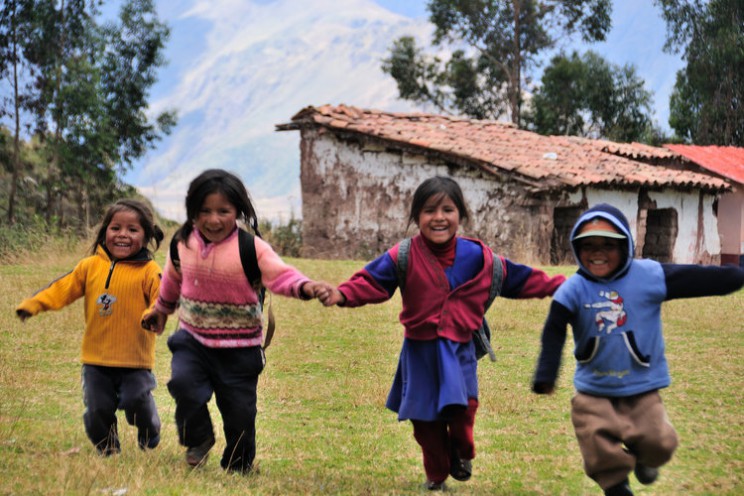 During the colony, the Criollos were the Peruvian born of Spanish parents and the Mestizos were children of intermarried parents (Spanish and local).
The Peruvian black community is mainly based on the coast, south of Lima. The original immigration from Africa was back in the 16th century, when they came as slaves to work on the sugar and cotton plantations.
The Chinese first arrived in Peru during the mid 19th century to work in the guano islands and the railroads of the Andes. The Japanese community, one of the largest in Latin America (more than 100,000 people), established in Peru during the first half of the 20th century.
Many immigrants from Europe arrived in Peru in the late 19th century and they now constitute the most important economical and political power in the country, keeping a clear distance from the Native Andean and Indigenous population.
There is a large percentage of Indigenous population in Peru. The main groups are Quechua (two million people who speak little or no Spanish, their main tongue being Quechua). They are descendants of the Inca Empire, predominantly an agricultural society of the highlands in the Andes, growing potatoes and corn as their basic diet. On the shores of lake Titicaca, the southern area of Peru border with Bolivia, is the homeland of the Aymara people. Most of today´s Aymaras live in Bolivia and the south western of Peru. The Aymaras are a religious community and also give big importance to the family.

VEGGIE TOURS organizes vegetarian and vegan tours and vacations where you will be able to mingle with local communities and participate with their culture.

2 thoughts on “People in Peru”